Fumio Demura is a true legend and pioneer

This is from findingkarate.com. This is about our world chief instruction Shihan Demura, a great incite in to his karate life.

A master of Shito-ryu Karate and Okinawan Kobudo, Fumio Demura is a true legend and pioneer of American Karate. He has appeared on the front cover of over 30 martial arts magazines. An author of several books, he has also built a successful film career in Hollywood.

Fumio Demura was born in Yokohama Japan on 15 September 1938 to a big family. A shy child, he had four brothers and two sisters.

Aged eight years Demura began training in Kendo. He had suffered a severe infection of his tonsils that made him very weak. His doctor suggested taking a martial art to help build up his strength. His Kendo teacher was an Asano Sensei, who also taught him some Karate he had learnt while at university.

In 1952 Demura officially began training at their dojo of Shito-ryu master Ryusho Sakagami. Asano had moved away and had provided him with a recommendation to Sakagami.

The training was tough at Sakagami’s dojo. Even though Demura trained almost every day, he failed his first-ever Karate grading. However, this provided him with a desire to train even harder.

At Sakagami’s dojo, Demura studied Kobudo under Taisaburo Nakamura. He later studied under Shinken Taira, who had been invited to teach at Sakagami’s dojo. Demura credits Taira with much of the Kubodo knowledge he has. At the dojo, he also studied Karate directly from Sakagami, who had become a big influence on him.

Following the death of Shito-ryu founder Kenwa Mabuni in 1952, many of his top students founded their own versions of Shito-ryu. Sakagami founded the Shito-ryu Itosu-Kai Organisation.

In 1957 the JKA Championships were held for the first time. The tournament was won by Hirokazu Kanazawa. Until this tournament Karate training was purely self-defence purposes. However, the emphasis of training started to change, with tournaments in mind. That same year the Demura entered and won the East Japan Championships. A year earlier he had been awarded his 1st Dan by Sakagami.

Sakagami organised an All-Styles All-Japan Karate championship in 1961, for his Rengokai organisation. The tournament was open to all styles of Karate, including Goju-ryu, Shotokan, Shito-ryu and Wado-ryu. Demura entered and won the tournament. From 1961 1 to 1964 he was considered one of the top eight competitors in the whole of Japan.

Apart from being a student of Sakagami, Demura had the opportunity to train with some of the best Karate and Kobudo Masters in the world this includes:

In 1963 the All-Japan Kobudo Taikai (Traditional Weapons Demonstration) was held, with many top Masters in attendance. Sakagami was assisted by Demura at the event. Jojutsu master, Takaji Shimizu and his assistant Donn Draeger were also in attendance. Martial arts historian Draeger became good friends with Demura.

Draeger introduced Demura to Dan Ivan, an early pioneer of Karate in the United States. Demura taught Ivan Kubudo at Draeger’s home in Ichigaya, just outside of Tokyo.

In 1964 Ivan invited Demura to come to the United States. However, due to various commitments, Demura could not go. The following year he finally made the move to America, arriving in Los Angeles. Ivan acted as his sponsor. Demura started teaching at Ivan’s Shotokan dojo. In respect to Ivan, he learnt all the Shotokan kata, to teach them at the dojo. He continued practising Shotokan until around 1986.

At Ed Parker’s annual International Karate Championships held in 1965, Demura gave a demonstration of various Kubodo weapons. The event was featured in Black Belt Magazine. At the event, he also met Chuck Norris for the first time.

By the 1970s Demura was running his own Shito-ryu dojo in Los Angeles. He had returned to teaching Shito-ryu kata and Kubodo. He had become one of the most recognisable faces, giving many demonstrations. He became one of the first masters to use music to display traditional Karate in an innovative approach. However, this approach to traditional Karate faced a lot of criticism, even from his teacher Sakagami.

In 1975, the WUK0 World Championships took place at Long Beach, California. During the tournament, Demura gave a Karate demonstration in front of a crowd that included many great Japanese Karate masters. On completion of his demonstration, he received a standing ovation.

As a child, Demura had always wanted to be an actor. However, his father dissuaded him as he felt it would be a difficult path to follow. He never lost the dream to act. He made his acting debut in the 1977 movie, “The Island of Dr Moreau“, starring Burt Lancaster and Michael York. He played the part of “Hyena Man.

In the 1984 film, “The Karate Kid” Demura was the stunt double for Pat Morita, who played the enigmatic Mr Miyagi. Demura and Morita became good friends and over the coming years would work together on various projects. In 1986 they worked on the sequel to “Karate Kid“. This was followed in 1989 by “Karate Kid III”.

On 6 January 1989 Demura suffered a heart attack during the filming of a fight scene on the TV show O’Hara. He had been pushing himself fairly hard. He was running his successful dojo, while at the same time building a successful career as an actor/stuntman.

Demura has appeared in a number of documentaries on martial arts. In 1976 he appeared in The Warrior Within as one of fifteen top martial arts practitioners. The masters exhibited their various skills and discussed how they felt about spirituality, philosophy and self-defence.

In 2015 the documentary “The Real Miyagi” was released. Directed by Kevin Derek, the documentary is on the life of Demura. It features interviews with many of the top masters and martial artists who have had the opportunity to know and work with him. The documentary was critically acclaimed, winning a number of awards including the Canada International Film Festival.

Several senior politicians have recognised the impact Demura has had on the development of Karate and Kubodo in America. He has received several official letters of recognition from US president Bill Clinton, George Bush and Barack Obama in 1996, 2005, And 2010 respectively.

The growth of Karate and Kubodo into a worldwide phenomenon has been a driving force for Demura. As such he has always promoted Karate whenever he has had the chance, through seminars, demonstrations and books. His list of books include:

In 1972 Demura helped establish the Invitational Goodwill Karate Championships. An annual traditional Karate event, competitors compete in Kubodo kata and kumite, as well as Karate kata and kumite. There are also seminars and demonstrations given by Demura and other masters at the two-day event.

On 21 February 2015, a special banquet was given to celebrate Demura’s 50th anniversary of teaching in the United States. 600 people attended the event. Guests included Tsutomo Ohshima, Tak Kubota, and several Hollywood stars. Rather than being the centre of attention, Demura in characteristic fashion honoured his students. He inducted his most loyal students into the Genbu-kai Hall of Fame. At the end of the night, he expressed his gratitude to the audience.

Now in his 80s, Demura is still involved in the art he loves. He continues to teach and give demonstrations. He is one of the true pioneers of American Karate. He is one of the most revered and respected masters in the Karate world. He has helped make Karate a popular and accessible pastime enjoyed by many. 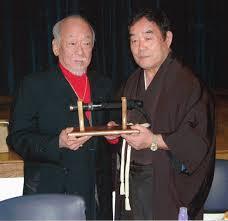 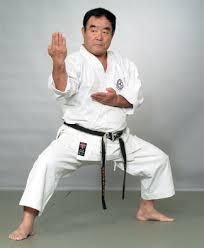 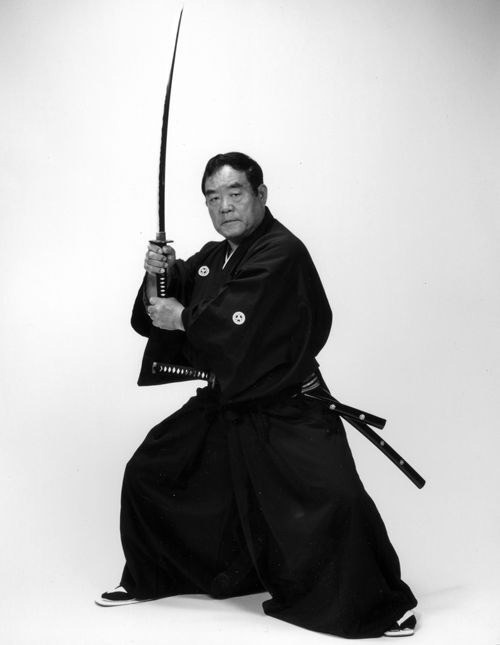